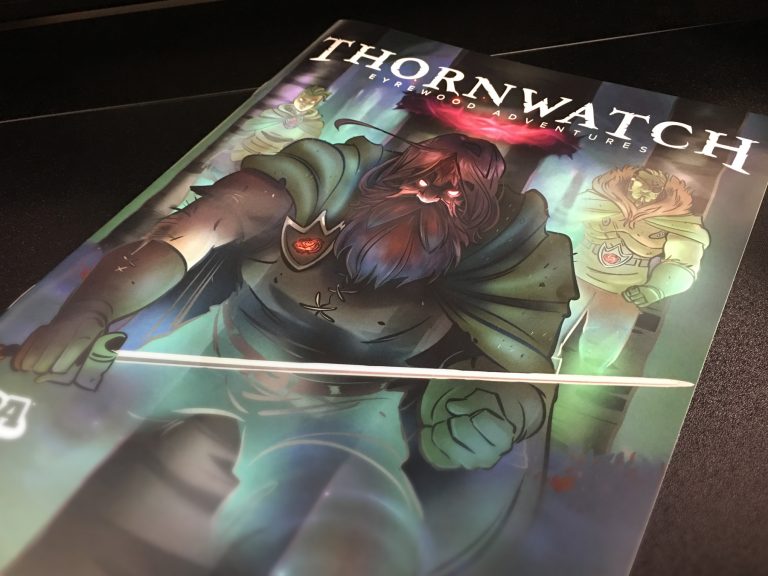 You're never alone in the Eyrewood.

Right before PAX East, a festival that celebrates computer and board games, Sean and Mike from Lone Shark Games visited Cartamundi’s East Longmeadow, Massachusetts facility to sign off on the printing and pack out of their Thornwatch Board Game.

All components, including lid wraps (picture above) were inspected by the Lone Shark Team. Once they authorized the full production of the games, a few of the sample boxes were prepped to be sent directly to PAX East for game demos.

Below is a scene from the PAX East demo sessions. Sean and Mike made the decision to not open the games in advance, instead letting the players punch out the game pieces since they were hot off the press. They described the first-time-ever playing Thornwatch with “real copies” as quite exhilarating!

“Fun times. We loved playing with the real games. Thanks Cartamundi ELM!”

Ready to begin your game project, contact us now!