A truly magical gathering: Our part in the rise of the most popular trading card game in the world. 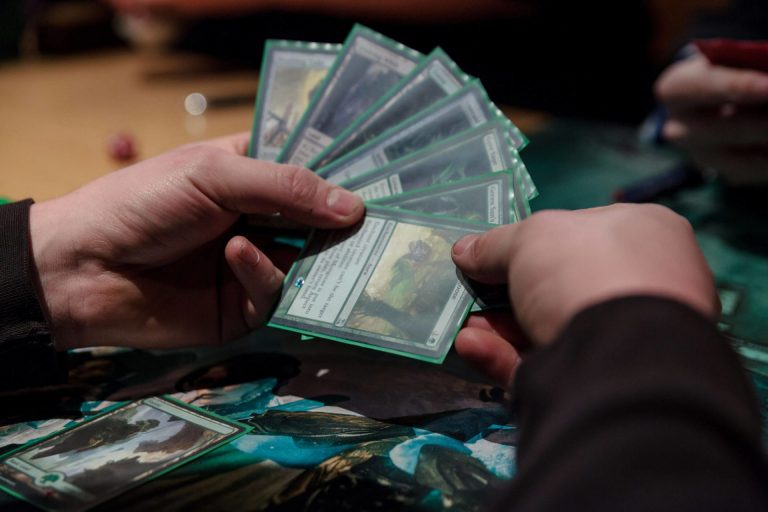 A great idea meets its maker.

The story starts in 1992, at a game convention in the USA.

Cartamundi is approached by Richard Garfield and Peter Adkison, two up-and-comers who had what would prove to be a groundbreaking idea for a new type of trading card game.

The game, although traditional in its use of flowpacks did have some special production requirements regarding the collation process. Complex as the project was, our engineers were sure that a custom-built machine in our Turnhout, Belgium factory could handle the job.

As was often the case, production testing proved the engineers right, and 1993 witnessed the release of the Alpha Expansion for Wizards of the Coast.

An instant success, the only thing harder than meeting the out of control demand for the Alpha Expansion was figuring out how to get all the cards to the United States.

“We were literally flying jumbo jets loaded with cards from Belgium to the United States.”

After the Alpha release, multiple other expansions and revised versions of the game followed, and by the end of 1994 Cartamundi had already printed over a billion playing cards for Wizards of the Coast.

A game of this magnitude was hard enough to keep up with, and four worldwide same-day releases every year ended up being a bit much to handle for a single factory in Belgium, so Cartamundi and Wizards decided to bring the production of the beloved cards closer to its biggest markets.

Magic ,as the game by then was often called, stayed on top for what seemed to be forever, but a decade and a half of going strong eventually took away some of its innovative nature. Despite the loyalty of a solid fanbase the iconic game started longing for a fresh approach.

The actual cards and card mechanics that had always played a big role in the game’s success remained a forte in every new release but from a production point of view the mid 00’s presented more diverse opportunities for innovation.

In 2007, Wizards of the Coast decided it was time for the next chapter, and started targeting different types of players, attracting new ones and putting more focus on Intellectual Property and player experience. On a production level, as well as for the players, these were exciting times with creative, innovative packaging and collectibles. Sure enough, the brand started to grow again.

Cartamundi, never one to stay behind, had by that time opened its Dallas facility, a factory capable of producing the high-quality collectibles that Wizards required, and a leader in terms of special packaging. Through time, this flexibility has turned us into a very active partner for both the production and packaging designers at Wizards of the Coast.

The powerful start and creative redirection of the Magic brand have today made it bigger and stronger than it ever was before. A constantly evolving product assortment and packaging keeps the player experience exciting and Wizards of the Coast keeps on finding new ways to interact with the Magic community.

Now, more than 20 years after it was first produced, an astonishing 20 million people are playing this game in one form or another.
More than 12000 different trading cards have been created, and we have honestly lost track of how many we have printed.

Cartamundi and Wizards of the Coast have always been and still are a great match.

Since 1992, we have grown together and evolved together, always in order to create the best possible product and experience for our players. With some of those players now younger than the game itself, it’s clear Magic still has some cards up its sleeve.

Please get in touch with us if you would like to discuss your project.